Not a run-of-the-mill mill

Late last century I lived in east Toronto Danforth. I developed a special appreciation for this area. Unlike the overdeveloped downtown Toronto, where the past has been descecrated, east Danforth contains many historic structures that may have been adapted but are still evidently time travellers.

Perhaps none captures this more than 10 Dawes Road. According to Melanie Milanich, in "Dawes Road: a Shortcut to the Market and a Natural Resource Base" 10 Dawes Road was "A steam powered grist mill, built in the 1890s and originally called
Chalmer's Flour Mill..." 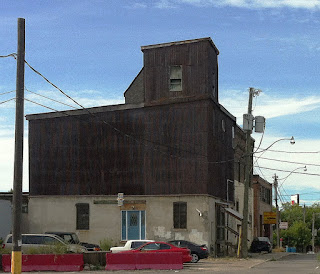 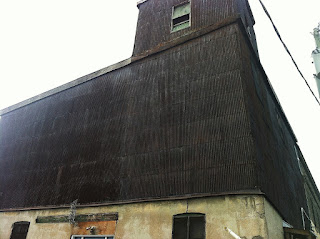 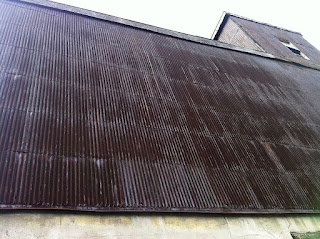 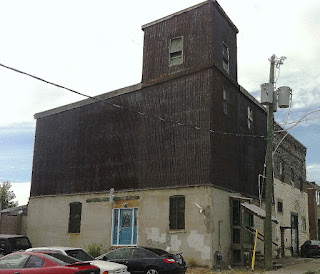 Normally I provide a detailed and erudite commentary that interprets the artefact for you. In this case I am not going to. Look at this building and trust your instincts. That cast cement base is clearly mid-late 19th century (that is, 1850-1880). All that corrugated sheet metal superstructure is clearly cladding covering a wooden mill that needed a new layer of protection. That headhouse on the top story is clearly where the works of an elevator are housed. 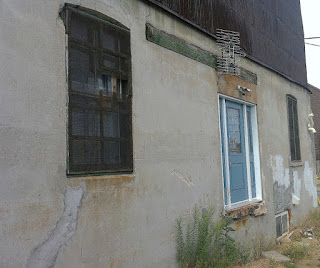 Not entirely good news. Those lovely new french doors mark the commencement of the next renovation. One I predict will end with the structure transformed, re-clad, and unrecognizable. 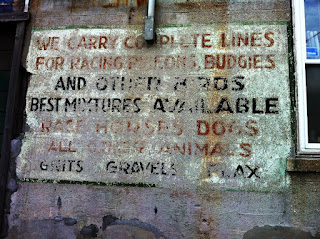 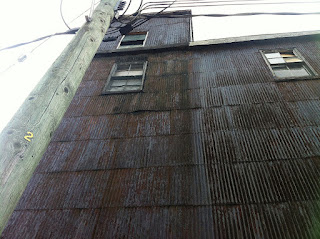 I have met with the owner and hope to have interior shots before the year-end.
Posted by The Ironic Mr Fox at 21:32