1936 - The General Idea is 3 Stooges and a Funeral feat. filter-tipped ziggurats...

1936 provides an interesting and direct connection between my father and I. '36 was the year the 3 Stooges short film episode 19 "Slippery Silks" was released. As with all 190 Stooge episodes whatever occurs is low humor with no elegance. This particular episode has the Stooges designing milady's dainties, if you could imagine.

From my crow's nest the interesting aspect is that the marquetry cabinets the Stooges design as dayware are perfectly echoed in the ziggurat blinds of General Idea's 1978 Miss General Idea Pavilion fashion show (Of which I was the post-production supervisor). Apparently my father and I had much in common in the fine art world. 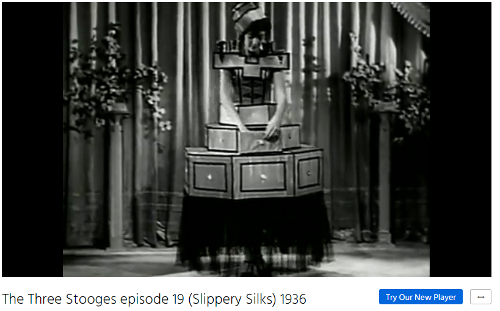 Click on the image to view the video. Ziggurats at the 11 minute mark. 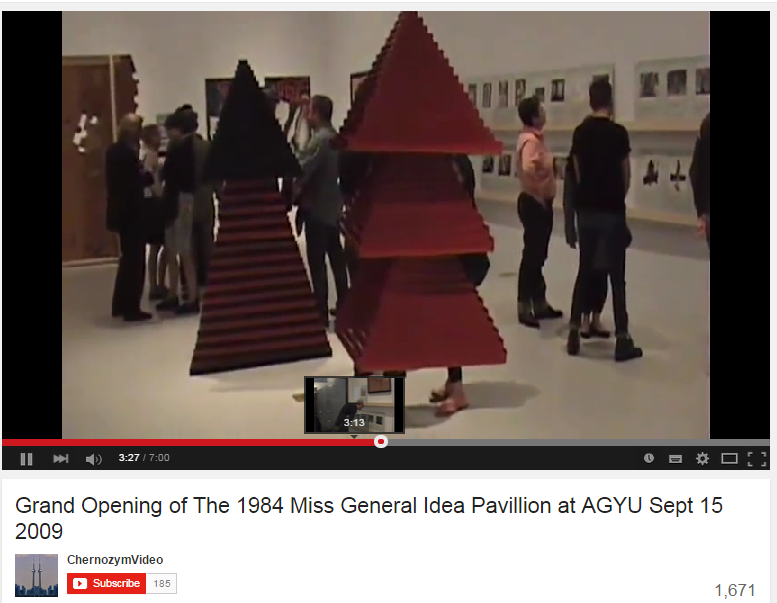 And the bonus round - if you subscribe to Soundcloud, follow the link to The Dishes (feat. Murray Ball) Hot Property


For Elise played in ragtime by Ethan Uslan

This footage is special to me as it features dear friends on stage and somewhere in that sea of faces that is the audience.

Happy New Year! My Dad welcomes his sister Evelyn into the world. Here's the world that greeted these two siblings at the height of the Great Depression...

1935 marked the 53rd Canadian Henley Rowing Regatta (link is to a large scan of program) on Martindale Pond in Port Dalhousie, They still race there.

They also swim there - at Lakeside Park, as this postcard from 1935 shows.

The Great Gorge Route was a tourist railway that took sightseers down the valley of the Niagara River and along a scenic run past the roiling waters and the whirlpools. On Sep 13th a 5,000 ton rockslide near Whirlpool Rapids Bridge destroys more than 200 feet of track and railbed. The Great Gorge Railway never ran again.

1935 saw the founding of The May Court Club of St. Catharines. According to their website - "The May Court Club is Canada’s oldest women’s volunteer association.  Membership consists of women dedicated to active volunteerism in their community, in both direct service and administrative placement or on boards of charitable organizations."

In 1935 Alfred Hitchcock completes his film The 39 Steps. As it happens, the film is based on a novel by John Buchan, 1st Baron Tweedsmuir and Governor-General of Canada at the time.

The unrelenting economic Depression leads to the On-To-Ottawa Trek of 1935. It was a workers protest that would march from the west to Ottawa to present grievances to Prime Minister R.B. Bennett. The federal government ordered the Trek ended when it reached the RCMP station in Regina. Thus did July 1, 1935 become the day of the Regina Riot, a terrible and violent moment in Canadian labor history.

On a smaller scale of oppression, in 1935 the Dionne Quintuplets become wards of the King, and entertainment icons, being moved into an amusement park where they were the main attraction.

1935 marks the first issue of bank notes (money) by the Bank of Canada. Off denominations include $25 and $100 dollar bills. That reminds me -I have a friend who was in a variety store behind an elderly gent trying to buy a pack of gum - with a $1,000 dollar bill!

The Hoover Dam is completed.

On May 25th Babe Ruth hits his last 3 home runs - Boston Braves vs Pirates. On June 2nd, at the age of 40, Babe Ruth announces his retirement as a player

Finally on Nov 5th, 1935 Parker Brothers launches the game of Monopoly, which gives the abject and penniless unemployed a few hours of enjoyment in lives that were otherwise likely to be bleak.

Note - My father recently passed away after 83 years on this earth. I'd like to commemorate his life with a memory project by featuring a milestone event from each year he lived.

It seems unlikely, but it was not until 1934 that historic evidence proved Laura Secord's claim to have walked 15 miles to warn the Loyalists of the imminent American attack,

What is now the Vineland Research Station (agricultural research facility) expands the Dominion Entomological Laboratory in Vineland when it opens a St Davids facility.

If you're from St Catharines you believe the zipper was invented here. Which is a corporate marketing history "fact". The truth that goes with that is dreary and detailed. A true fact that can be shared is that the zipper was used for backpacks and other portable pockets until the then-Prince of Wales had his tailor add a zipper fly to his Saville Road suits.

I always find aerial views difficult to interpret but here's a great selection of "Then and Nows" of Merritton.

In 1934 a sleazy wrestling promoter was fined by the Ontario Athletic Commission for fraudulent practices in bouts in communities including St Catharines.

Note - My father recently passed away after 83 years on this earth. I'd like to commemorate his life for a while by featuring a milestone event from each year he lived.

The radio station building is haunted... 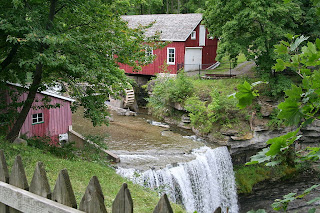 The Mill has been preserved.
Posted by The Ironic Mr Fox at 18:20 0 comments

Note - My father recently passed away after 83 years on this earth. I'd like to commemorate his life for a while by featuring a milestone event from each year he lived.

My father's first birthday was Oct 13, 1932. Only a few weeks earlier the Grain Carrier S.S. Lemoyne navigated into Lock 8, and thereby opened the 4th Welland Ship Canal. This canal was second only to Panama in allowing low-cost transportation of goods in North America. Typically known only to those who live on the Great Lakes, the Welland Canals are part of the economic engine that fueled an economic boom that has held for two centuries now. In many ways Great Lakes shipping drove the first wave of globalization. Sugar from the Caribbean was shipped to Toronto Refineries. Wheat was shipped from the Prairies to Russia. Coal and iron ore went from the hard granite of the Canadian Shield to Korea and points further east.

Here's the news story from the Granby Leader-Mail Aug 5, 1932

A coming-of-age ritual for teens growing up along the Welland Canal was for a couple to go parking and have a make-out session along those dark shores. Although there was no guarantee able seamen would make an appearance, local wits described this as "watching the submarine races". Imagine my delight when I located this clip of the submarine HMCS Ojibwa being transported on Welland Canal headed for display at a museum.

Bonus - One of my best friends served in the Navy and did at least one tour on an Oberon Class vessel.