In 1942 my father is now 11 years old. When I was 11 all I could think about was the moon landing. Projecting that back to my father's childhood, WWII must have dominated his boyhood daydreams.

And 1942 was action packed. First of all, the 128 Thorold Flying Dragons Air Cadet squadron was formed on April 29, 1942. Although my father was not old enough to enlist even as a cadet, I can only imagine the thrill of seeing the unit of boys only slightly older than him in uniforms. And the air service would have been impossibly glamorous - the moon shot of its day.

According to their website "Though no longer a High School Squadron, 128 still parades in the City of Thorold with their local headquarters out of the Trinity United Church and are proud to serve over 70 years for and with the City." 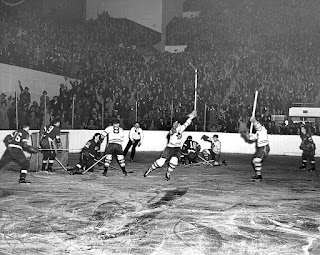 From April 4 to 18, 1942, the Toronto Maple Leafs and the Detroit Red Wings are the Stanley Cup finalists. According to Wikipedia- "After losing the first three games, the Maple Leafs won the next four to win the series 4–3, winning their fourth Stanley Cup. It was the first Cup Final in history to go seven. Leafs win the cup" 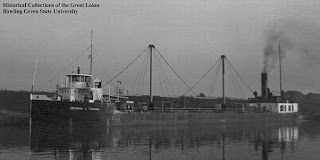 The naval history of WWII is often seen as a series of military engagements, which it was. But the merchant marines are also caught up in the maelstrom of destruction. In some ways a ship carrying cargo is a more attractive target than a frigate or a corvette. And on February 22, 1942 the steam ship SS George L. Torian of St. Catharines, Ontario was torpedoed in the Caribbean by U-129. Depending on the source, 13 to 15 souls were lost in that encounter. Only one has a memorial on the WWW - In memory of Master John Allan February 22, 1942. But, there is a U-boat website that gives the crew roster... 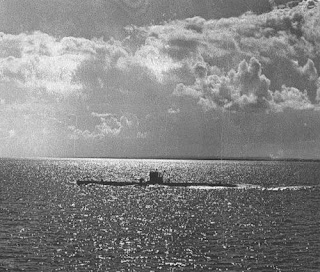 Skip Gillham writes "George L. Torian headed to the Caribbean to load bauxite at inland river ports for delivery to the transshipment center at Trinidad and then north to the aluminum mills. The vessel had a full cargo and was en route from Paramaribo, Dutch Guiana, when it was torpedoed and sunk by U-129 off the coast of British Guiana seventy-two years ago today. This was one of seven ships sent to the bottom by that infamous German submarine prowling in the area over a two-week period.

And in Esquimalt on 2 May 1942 at Yarrows yard the hull K325 is launched. More on HMCS St. Catharines later...

Note - My father recently passed away after 83 years on this earth. I'd like to commemorate his life with a memory project by featuring some milestone events from each year he lived.
Posted by The Ironic Mr Fox at 16:44